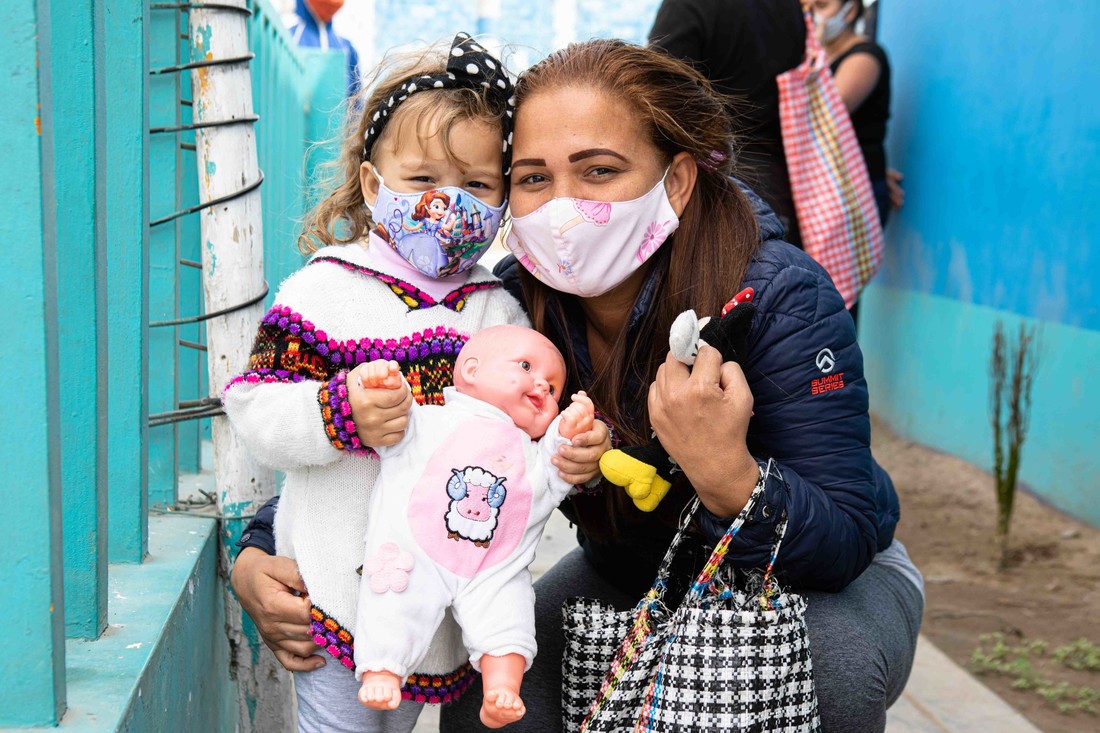 Photo: The Alimenta Su Fuerza program in Peru provides meals to hundreds of families in vulnerable situations, every day.

Peru has the highest rate of deaths per million people, in Latin America[i]. Since the beginning of the pandemic, more than 1.8 million have been infected and more than 64 thousand people have died because of COVID-19, according to Health Minister data[ii]. During the second wave, the health system has collapsed due to the number of cases and over 90% of hospital beds are occupied.

During 2020, the Peruvian economy fell by 11.1%, which represents the lowest rate in the last three decades, according to the National Institute of Statistics and Informatics (INEI). In addition, it is estimated that around 3 million people in Peru could fall into poverty and hunger, suffering the consequences of unemployment because of social isolation measures. Women are the most affected considering inequality rates in the country.

Also, the latest INEI report[iii] indicates that more than 370,000 girls, boys, and adolescents were forced to abandon their studies last year. Many of these students, mainly in rural areas, could not continue because they do not have information technology or internet access in their homes.

“The crisis caused by COVID-19 in Peru has limited the access of many families to basic services such as the supply of drinking water, electricity, food, among others. The people who have been most affected are those who work in the informal sector, with women leading this sector. In Peru, the female concentration in informality - according to the Ministry of Labor and Employment Promotion figures (2019) - still amounts to 71.5% and is still higher than that of men (69.5%). Right now, thousands of women have lost their jobs and consider their livelihoods are more affected by the effects generated by the pandemic”.

The Peruvian Government has launched the National Vaccination Plan against coronavirus. It has signed four contracts with foreign laboratories and the COVAX Facility mechanism to acquire 60 million doses until the end of the year; however, to date, only 5% of committed vaccines had arrived.

So far, more than 2 million people receive the first dose of the COVID-19 vaccines and fully vaccinated people in the country only represent 2% of the total population of 32 million. The Peruvian government has said that Venezuelan migrants living in the country will have access to vaccines. Peru as the second-largest recipient of Venezuelans migrants and largest host of Venezuelan asylum seekers worldwide, according to UN agencies.