One year since Stockholm Agreement, Hodeidah still most dangerous place in Yemen for Civilians 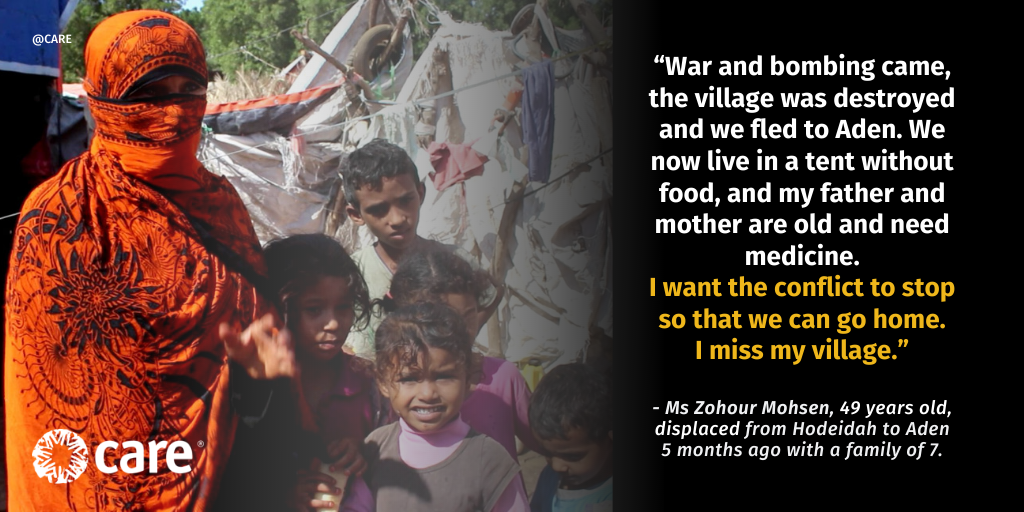 SANA'A, 12 December 2019 - A quarter of all civilian casualties across Yemen in 2019 were recorded in Hodeidah governorate. Despite a ceasefire in the port city being at the heart of last year’s Stockholm Agreement, Hodeidah has seen 799 civilian casualties since the Agreement was signed, the highest toll countrywide.

Families continue to flee for their lives with close to 390,000 Yemenis uprooted from their homes across the country so far in 2019. Half of all those displaced came from just three governorates – Hajjah, Hodeidah and Al Dhale’e.

Despite drops in the levels of violence compared to 2018, Hodeidah, Sa’ada, Taizz, Al Dhale, and Hajjah remain the most dangerous governorates for civilians in 2019.

As aid agencies working in Yemen, we are outraged that after almost five years, Yemenis continue to suffer from an incalculable humanitarian crisis fuelled by conflict. Civilians continue to bear the brunt of the violence. Houses, farms, markets and health facilities are damaged and destroyed worsening an already dire humanitarian situation.

Yemen is the world’s biggest humanitarian crisis. Ten million people face starvation and 7 million are malnourished. Fighting and restrictions put in place by the authorities are hampering our organisations from reaching the communities in greatest need. Conflict also continues to block people’s access to markets and services, and inflicts damage on essential infrastructure such as hospitals, schools, and water systems.

Last month’s signing of the Riyadh Agreement, as well as a general de-escalation in hostilities presents a real window of opportunity to end the war. If urgent action is not taken we could see another five years of conflict, leading to a greater catastrophe for civilians.

We call on all conflict parties, the UN Security Council and countries with influence, to work together and speed up implementation of the Stockholm Agreement. The recent announcement on opening Sana’a airport for medical flights is a positive sign, and if actioned it will help thousands of sick Yemeni’s access lifesaving medical care.

Now is the time to build confidence towards peace through the Agreement and beyond, by implementing revenue-sharing from Hodeidah port to pay salaries across the country, and ending the politicised deadlock over fuel to resolve the crisis.

While we call for full implementation of the Stockholm Agreement, it should not be a pre-condition for peace in Yemen. A nationwide ceasefire must also be immediately put in place to secure long-overdue peace talks. What Yemen needs most is an end to the violence, through a political solution to the conflict that takes into account the needs of women, youth and all of civil society.