Leaders Must Stand on the Right Side of History and Address the Climate Emergency, says CARE

New York (19 September, 2019). On the occasion of the global week of climate action and upcoming UN Climate Action Summit, development and humanitarian aid organisation CARE International calls on government leaders to stand on the right side of history and address the climate emergency with utmost priority, as demanded by millions of people marching and striking across the globe. CARE, along with millions of others, will take to the streets September 20 to 27, in countries such as Chad, Germany, UK, Uganda, United States and more to demand climate justice for all.

“The world is in flames, droughts are destroying life-saving harvests and devastating storms are becoming more destructive through the continued dirty emissions from fossil fuels. And the people that suffer most are those who are poorest and most vulnerable. Four years after the Paris Agreement, we are at a historic juncture. We are facing a grave injustice which can only be countered if the commitments made by the political leaders in Paris are implemented. We join with people on the streets in demanding that leaders recognize this emergency and act accordingly, particularly the biggest emitters.” 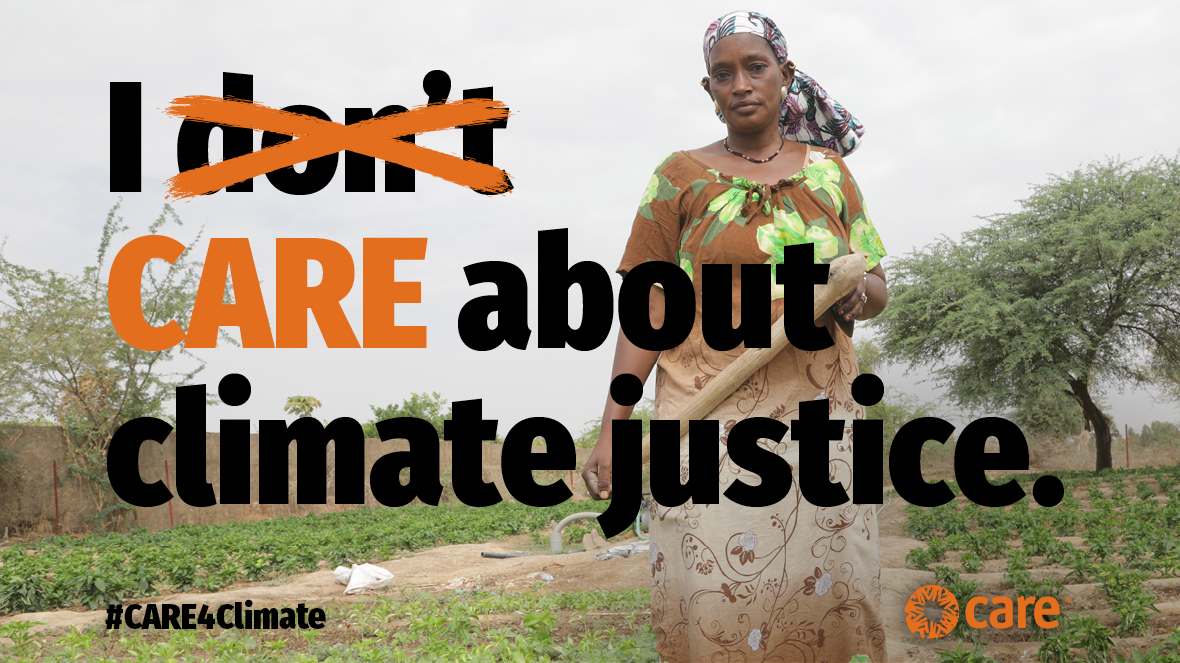 Current plans for the Climate Summit’s action tracks lack appropriate attention to gender equality. CARE calls on governments to come to New York with clear plans and announcements for advancing gender equality in all areas of climate action, alongside plans for accelerated emission cuts and greater financial support for climate action to developing countries.

“CARE expects to see true leadership on gender-just climate action from decision-makers. Women are particularly affected by the climate crisis and inequalities are often aggravated by climate change. But women are also an indispensable driver of the many solutions we need. Donor countries need to step up finance for gender-just climate action and all countries need to advance gender equality when developing more ambitious climate plans by 2020.”

Founded in 1945, CARE is a leading humanitarian organization fighting global poverty and providing lifesaving assistance in emergencies. In 100 countries around the world, CARE places special focus on working alongside poor girls and women because, equipped with the proper resources, they have the power to help lift whole families and entire communities out of poverty. To learn more, visit www.care-international.org.