Cyclone Idai and Floods Cause Massive Destruction, Deaths in Mozambique, Zimbabwe, and Malawi

MAPUTO (March 19, 2019) – Countries in southern Africa have been hit by what is possibly the deadliest cyclone ever recorded in the region. Cyclone Idai has caused at least 150 deaths and affected more than 1.5 million people. Officials expect the death toll to rise, with Mozambique President Filipe Nyusi saying Monday there could be more than 1,000 deaths, according to multiple media reports. The cyclone hit Mozambique first on Thursday night, with the city of Beira and its surrounding villages receiving the heaviest blow. It continued from there to Zimbabwe and Malawi. There is an ongoing risk that others will lose their lives to flooding in the cyclone-affected region, with rainfall expected to continue.

“Roads to the areas hit by the cyclone have been completely blocked by fallen trees and rubble. The infrastructure has been completely destroyed,” says Marc Nosbach, CARE’s country director in Mozambique. “Initial reports indicate significant damage to houses and buildings, including to health facilities and schools. There is a complete power outage since Thursday’s rainfall. Telephone and internet communications are down.” 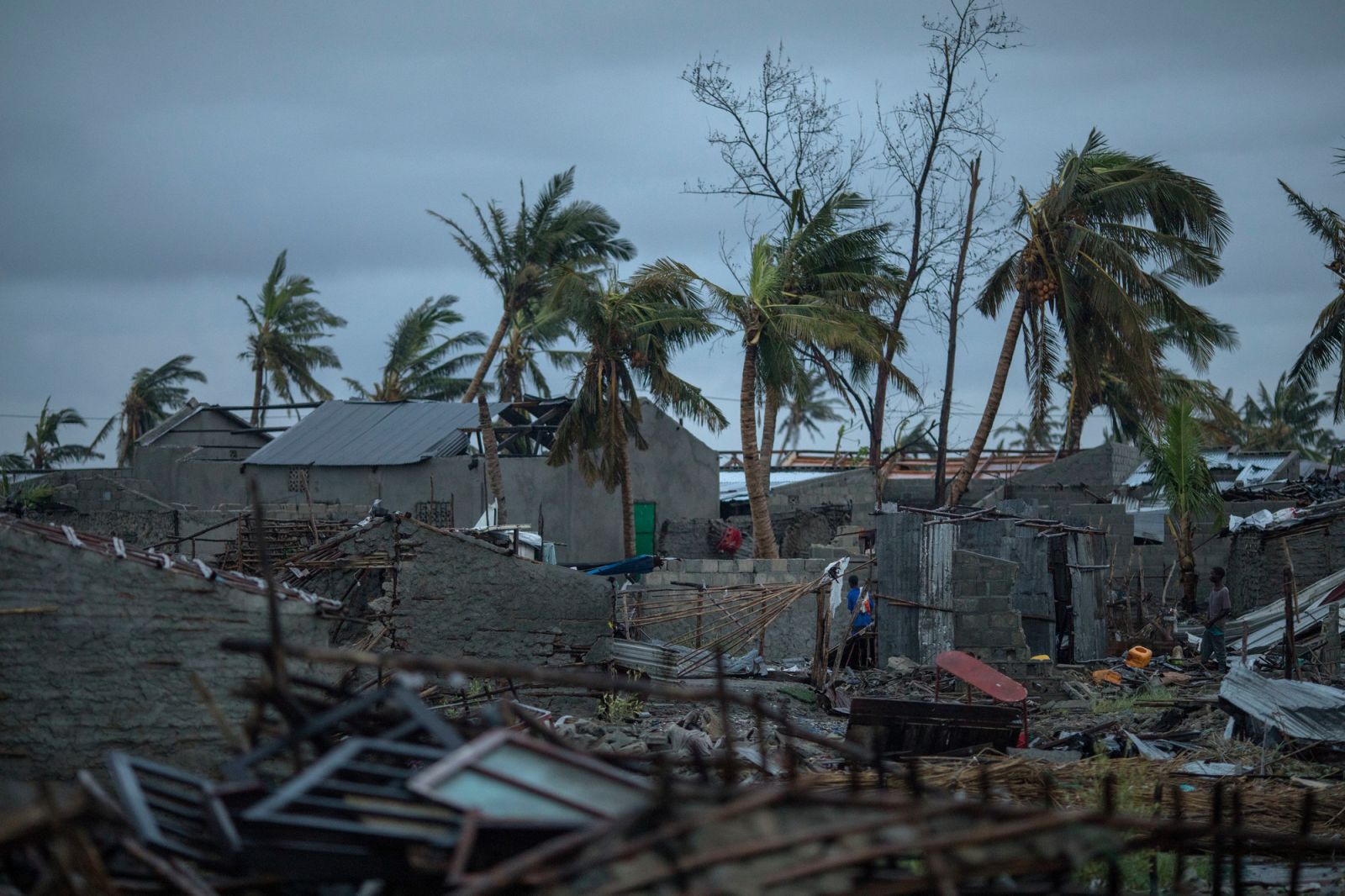 In the city of Beira, in Central Mozambique, a Category 4 Cyclone named Idai made land fall wreaking havoc knocking out power across the province and impacting every resident. (Photo by Josh Estey/CARE )

In Zimbabwe, the storm caused high winds and heavy precipitation in the east of the country, causing rivers to overflow. At least 98 deaths have been reported so far and more than 100 people are still missing. “There has been flash flooding, landslides and destruction of livelihoods and properties,” says Jan Schollaert, CARE’s country director in Zimbabwe. “CARE is assessing the situation to respond based on identified needs and in coordination with other aid agencies, but we know for sure that the needs of the affected people will be massive.”

At least 56 people in Malawi died as a result of flash floods preceding the cyclone. “The rainfall has calmed down for now but the skies are grey and cloudy,” says Matthew Pickard, CARE’s country director in Malawi. “Floods caused significant destruction last week. With the cyclone leading to more rainfall, the already inundated areas may face even greater destruction and losses. We are working with the local authorities to support the affected communities and have deployed staff to assess the needs and gather the necessary data, to ensure our response is effective and addresses people’s needs.”

In Mozambique, the heavy rains will raise the water levels in the rivers nearby the city of Beira and potentially cause floods that will impact a wider area in Manica and Sofala Provinces. At least 84 people in Mozambique have died because of the cyclone, and the number is expected to increase in the coming few days. 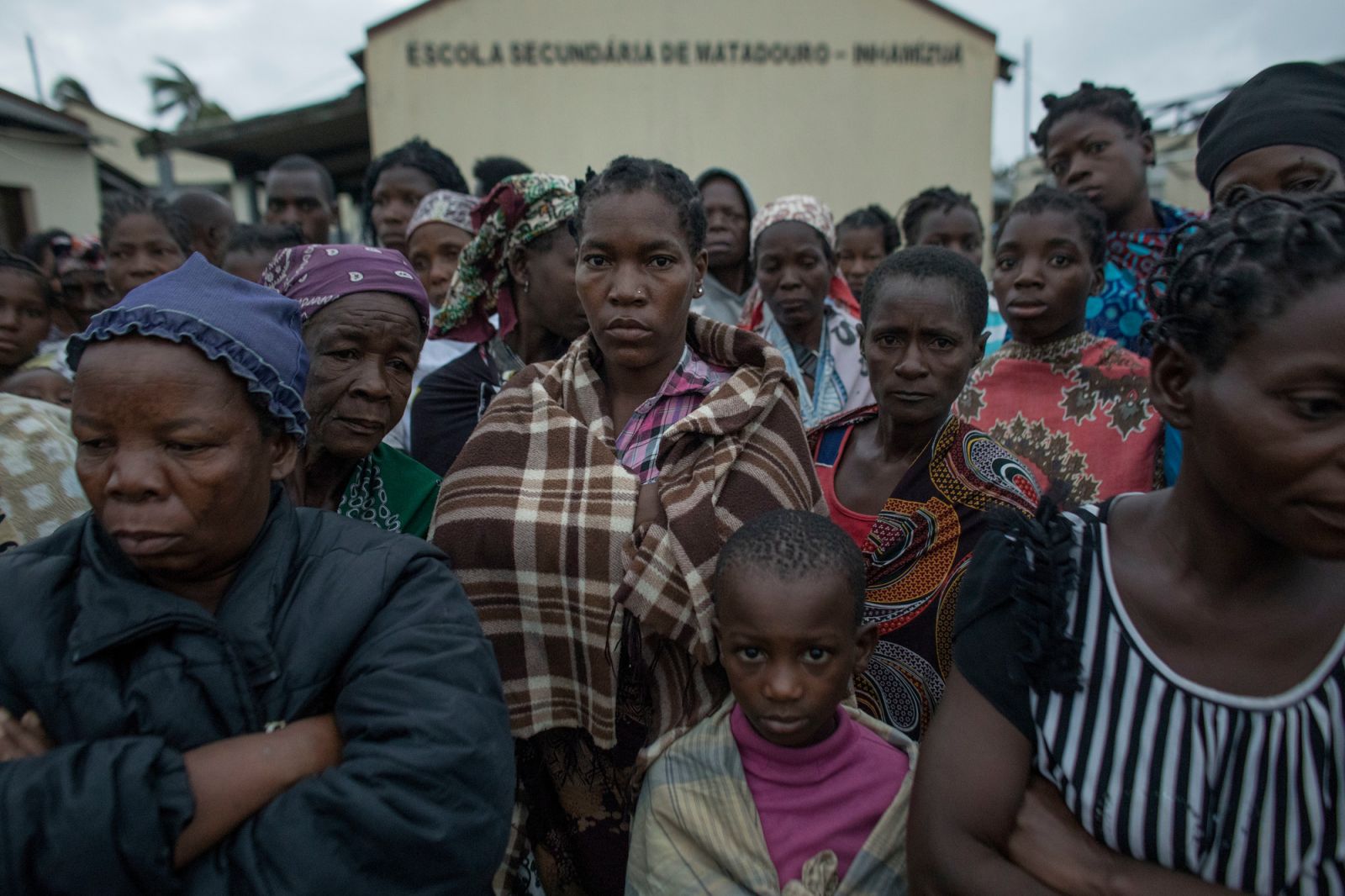 In the village of Inhamizua, in Mozambique, the secondary school was used as an emergency shelter for local residents. Julia Luis (center of photo), was one of more than 300 local residents that sought shelter in the school. (Josh Estey/CARE)

“Our home has been destroyed by the cyclone. We lost everything. Nothing is left,” says Julia, 37-year-old mother of three who fled with her children from their village to the city of Beira. “We don’t have food, clothes, blankets for the night. I have experienced storms in previous years. But this was the first year I have experienced anything like this.”

CARE is working with other organizations and local authorities in Mozambique to minimize the impact of the cyclone with agricultural support through the provision of seeds and livestock. Aid organizations will also provide water purification tablets, menstrual hygiene items, jerry cans and soap, emergency latrines and hygiene promotion support to prevent water contamination and water-borne diseases.

CARE places a special emphasis in all of its programming on women and girls, who are normally the worst affected by disasters and who often prioritize their families’ needs ahead of their own. However, as the impact of the cyclone is expected to worsen, and in order for aid organizations, including CARE, to help more people effectively and reach the most vulnerable, at least US$ 16,920,000 is needed in order to provide the needed support to affected communities.

Read more about CARE's work in Mozambique, Malawi, and Zimbabwe.