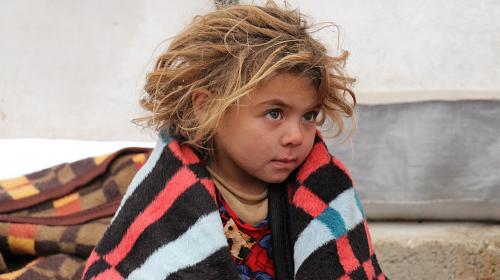 Amman, 10 October 2019 – As Turkey begins a new military operation in northern Syria, CARE is deeply concerned about the risk any escalation in violence will pose to civilians. Unconfirmed sources already point to population movements out of Syrian towns bordering Turkey. Military action is likely to trigger mass displacement and disrupt humanitarian aid delivery to vulnerable populations, some of whom have already been displaced multiple times during the conflict. It is crucial that the protection of civilians is held paramount and that their freedom of movement is maintained. CARE calls on parties to the conflict to take all possible steps to avoid harm to civilians and to ensure humanitarian actors have sustained, unimpeded, and safe access to vulnerable men, women, and children in need.

CARE has been providing aid in Syria since 2014, and has reached more than 4.5 million people so far. Our work is focused on food security, livelihoods, women’s economic empowerment, shelter, water and sanitation, maternal and reproductive health support, and psychosocial support for people in crisis.

Photo:  Over the last eight years, intense fighting in syria has forcibly displaced more at least 13 million people — more than any other country. Photo credit: care