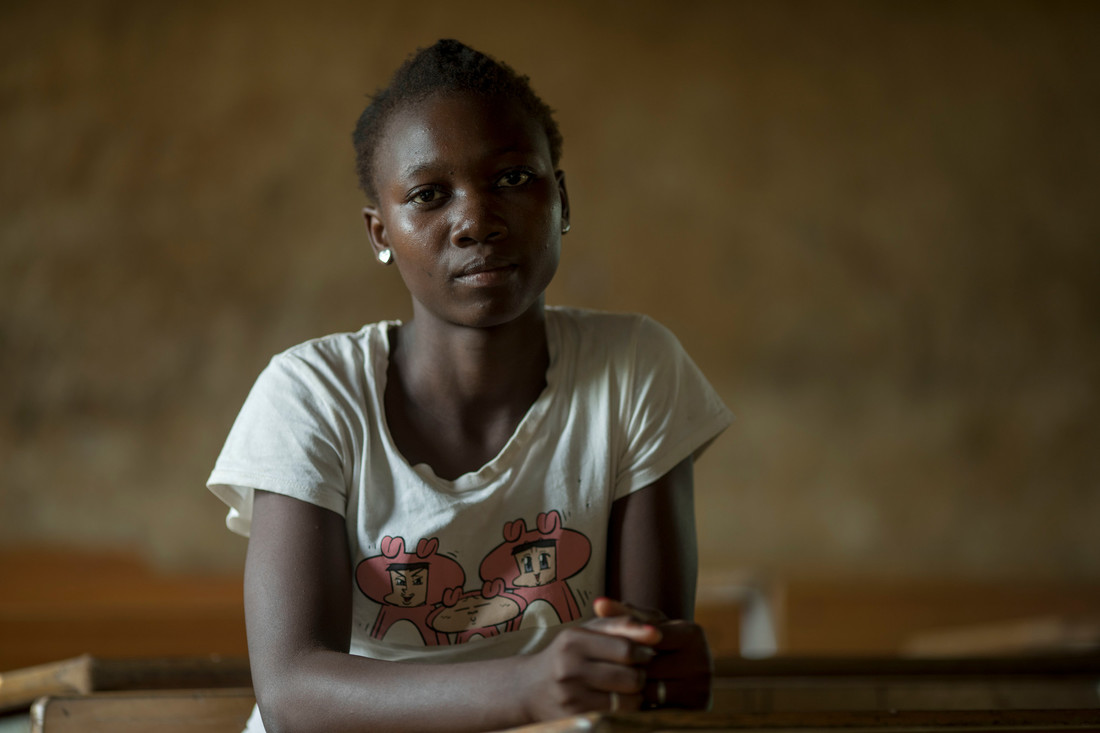 Photo: Lurde's school was destroyed when cyclone Idai slammed into Mozambique, in 2019.

Maputo, Mozambique, 20 November 2020 – CARE is extremely concerned about rising levels of violence against women and girls and reports of increasing incidences of child marriage in temporary displacement camps due to desperation and people fleeing brutal attacks on civilian areas across Cabo Delgado province in Mozambique.

“In the IDP camps, people talked to me about leaving behind everything in a rush and walking for long distances to reach safety. Mixed-in with these accounts we hear about children arriving without parents and women arriving without their husbands, as well as people’s desire to return home.  Having witnessed the evolution of this conflict over the last 3 years, it now seems to me their permanent displacement is more likely and that hopes of a quick return will vanish, as the onset of the rainy season makes the conflict affected areas even more inaccessible.”

The conflict, displacement and loss of all possessions and sources of income is pushing girls into early or forced marriages as a coping mechanism.

“Child marriage is a major problem due to people often having fled with nothing and the lack of essential items and basic resources in IDP camps that are underfunded and overcrowded,” says Graca Goncalvez, a Gender Officer working for CARE Mozambique in Cabo Delgado.

“Girls are marrying between the age of 12 and 17, but in some cases, they are married before that, like age 11. Sometimes their parents are offering them for marriage because they need resources, so they don’t have to provide food for this girl, because she is no longer in the family. Sometimes girls are separated from their parents and she becomes the head of the family and needs to provide food for her younger siblings,” she adds.

Mozambique already has one of the highest rates of child marriage in the world, with almost one in every two girls affected. According to a 2011 health survey some 48% of women in Mozambique aged 20–24 were married or in a union before age 18, and 14% before the age 15. Cabo Delgado already had some of the lowest marriage ages.

“Early marriage and sexual violence are a big problem, as well as sexual exploitation. There are many protection problems in camps for the displaced due to men, boys, girls and women living together in cramped conditions or sharing temporary housing. A lack of toilets and washing facilities or no separate bathrooms for women and girls or bathrooms being far away, leaves women and girls open to attack, especially during the night,” says Goncalvez.

“When we do activities and training about GBV, we tell them about harassment, exploitation and sexual abuse and how to report cases, and we talk about the helpline they can call,” she adds.

CARE Mozambique GBV Officer Alice Joao, based in Cabo Delgado says that she hears of 5 to 7 cases of child marriage every month or two, and that the age of marriage has decreased, with girls as young as 12 becoming second, third or fourth wives to men in their 40s and 50s.

CARE teams are carrying out protection monitoring to identify the most vulnerable people who’ve been displaced. More than 11,200 newly displaced people fleeing violence in Ibo, Quissanga and Macomia districts have arrived in arrived in Pemba, Cabo Delgado, since October 16th. The number of people internally displaced in Cabo Delgado, Nampula and Niassa provinces has more than tripled since the start of the year to more than an estimated 355,000 people. [1]

CARE Mozambique is looking to raise US$8 million to respond to the worsening and underfunded humanitarian crisis in and around Cabo Delgado.

CARE re-opened its provincial office in Cabo Delgado in 2019 in response to cyclone Kenneth, the most powerful tropical cyclone on record, to ever hit the African continent. CARE implements shelter, WASH, Protection, GBV and women's empowerment activities, to assist internally displaced populations and cyclone affected communities and has expanded as the insurgency has continued and the number of IDPs has steadily risen as a result. CARE works to strengthen GBV protection referral pathways, raise awareness on GBV and sexual reproductive health issues as well as services available, monitor protection trends in displacement settings and also to provide livelihoods and economic empowerment opportunities to women and girls.