Stories of solidarity and hope from Azraq Camp 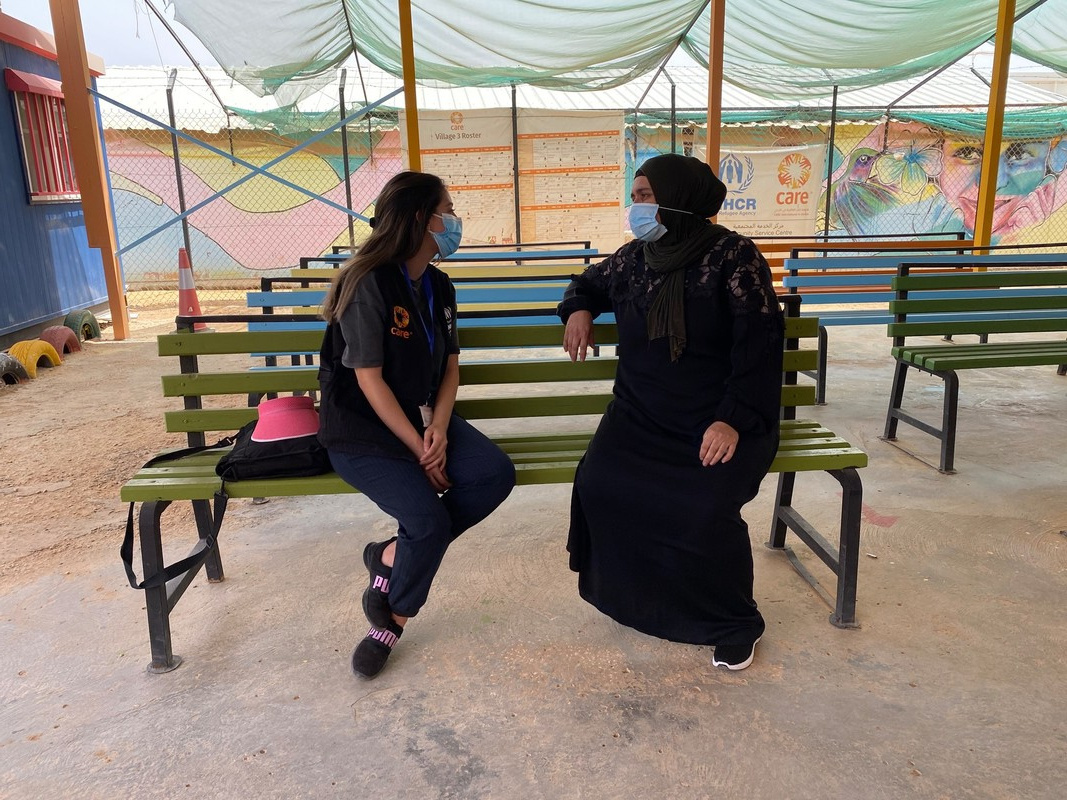 In Azraq Camp, Syrian Woman Supports Her Family and Community

Back in 2016, just like millions of others, Etidal and her family fled their war-torn homeland. Etidal, a 46-year-old Syrian refugee and mother of three, is originally from the western Syrian city of Homs. She stayed with her family in Syria for almost four years after the war broke out. “We lived the toughest days of our lives. We kept moving from one village to another,” she says.

One day, her husband decided that it was time for them to seek safety, especially because one of his daughters has a mental disability. Etidal expressed that her daughter’s safety and protection was their main priority. “She was always terrified of loud noises. She cannot endure living in fear all the time,” she continues with tears in her eyes. “It was really tough for me because I knew she was unaware of what is happening.”

The family’s journey to Jordan was not an easy one, according to Etidal, and her daughter’s condition got worse along the way. She was stressed, confused and scared. “I tried as much as possible to make it easier on her and make sure she understands that we are going to have a better life.”

The family stayed at the Jordanian-Syrian border for seven months before they entered Azraq camp. As soon as they were settled, her husband got diagnosed with severe diabetes because of the fear and stress he experienced. Etidal started searching for work opportunities to support her family. “I found a paid volunteering opportunity with CARE International in hydroponics. Through my job in the camp, I became the only financial supporter of my beautiful family.”

Etidal is overwhelmed with joy and happiness that she is able to provide her family with basic needs. Over a short period of time, she became a trainer in hydroponics with CARE. She trains other participants; both men and women. For her, it is a beautiful feeling to support other refugees and give them the opportunity to believe in themselves. She feels proud of the woman she is now.

A 27 years old Syrian Refugee shares his dreams and hopes 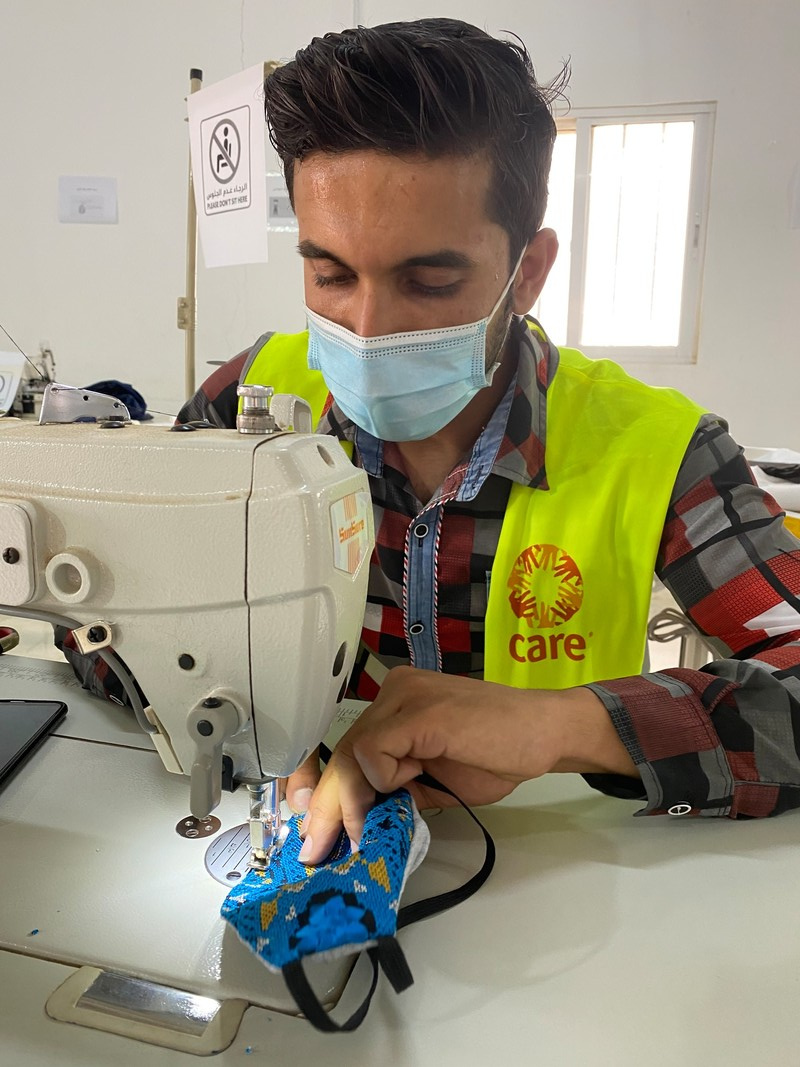 Ever since he was a young kid, Juma’a enjoyed helping his father in their family-owned sewing factory. Along the years, his hobby turned into a real passion. As soon as he finished his homework, he would go to help his father at work. In 2011, when Juma’a was only 17 years old, he decided to start his own family. “Although I always wanted to get a university degree, I couldn’t because of our financial situation. It was also just the beginning of the crisis in Syria,” he says.

After getting married, Juma’a continued working with his father to be able to secure the bare necessities for himself and his wife. “I never thought it would last long, I only wanted to start a fresh and stable life with my wife,” he explains.

In 2016, Juma’a and his wife were forced to leave war-torn Syria to seek safety in a neighboring country. Their journey was not an easy one. It took them three full days to arrive to Jordan. “It was an extremely perilous and never-ending route,” he says with tears in his eyes, “and then we arrived to the unknown.”

A few months after their arrival to Azraq refugee camp, Juma’a heard that CARE International was looking for experts in sewing. The news brought him back so many good memories. “I felt like I am back home,” he says. Through this job opportunity, he was able to support others in sewing, where he trained approximately 1,300 Syrian refugee men and women. Juma’a feels satisfied to have become financially independent and is now able to support his own family. “Our family grew and we have two beautiful babies now,” he adds proudly.

Juma’a believes that refugees living in the camp must pursue any opportunity that life brings their way. Through determination, he considers that they can make the best of what is available for everyone. Even though the emergence of the COVID-19 pandemic has changed the work environment and lifestyle in the camp, Juma’a works hard to take advantage of his free time. “I applied for a scholarship opportunity to pursue a bachelor degree in Business Administration.” Juma’a dreams of going back to Syria one day and to start his own sewing business that can help provide job opportunities to Syrian youth.