On the way to a stronger me

Rolette Jean, native of the Grande Anse department has known ups and downs, the Hurricane Matthew in 2016 being one of her biggest nightmares. “I used to hear old people explaining how horrible Hazel was but I never witnessed such destructive hazard myself. In the night of October 4th, even between the concrete walls of the shelter where we were relocated, I thought to myself: this is the end”. Rolette did survive the hurricane but not her home nor her belongings in the already over exposed neighborhood of Ste-Hélène. It is to 450 citizens like her that the Government of the Grand Duchy of Luxembourg dedicated its economic reinforcement and resilience project launched in late 2018 in this very affected area of the town of Jérémie where residents are still fighting to get back on their feet after this dramatic event.

Moved to a temporary shelter by the civil protection agents before the aftermath of Hurricane Matthew, Rolette ended up staying there several months since she lost everything. But soon, things get complicated as the shelter is in regular time a kindergarten and primary school. Expelled, with zero money in her wallet –and basically no wallet-, she moved to her sister’s already crowded house. Through another young influencer of Jérémie, she learned that the Village Savings and Loans Association movement was coming to Ste-Hélène and hurried to attend the preliminary meetings. “CARE has been a constant friendly face in hard times.

From our evacuation before the hurricane to the long months we spent on the shelter, CARE has been there providing drinkable water, hot meals, hygiene kits... When I was evicted and had no resources, they provided food stamps for over six months… I also receive 10 000 gourds (approximately 95 €) to start over my small confectionery. As we started this new VSLA adventure, the thirty (30) members of my association decided to name the group “Espwa Lakay” as we knew there is even more hope for tomorrow if we remain weld”.

A community financial tool created and promoted by CARE around the globe, VSLAs have proved to be an efficient, self-managed and non-depriving financial system at the service of the poorest and the most financially marginalized communities of Haiti. The first Village Savings and Loans Association to ever exist in this territory in 2008 was in fact created in Grande Anse and is still active. With this project, the department can count on 15 more.

A VSLA is a group of 20 to 30 individuals who save money together and grant small loans to each other from this savings. VSLA activities follow an annual "cycle". Members build their saving fund through regular purchase of shares, which goes from 1 to 5 at every meeting. The price of the share is defined by the members and must remain the same through the entire year. At the end of the cycle, accumulated savings and profits are distributed among members of the group proportionally to the amount saved by each individual. VSLA groups also create a separate solidarity funds dedicated to providing social assistance to members in need or the community. For its first fiscal year, “Espwa Lakay” set the share price at 50 gourds (approximatively 0.5 €) and the solidarity weekly contribution at 10 gourds (approximatively 0.1 €). 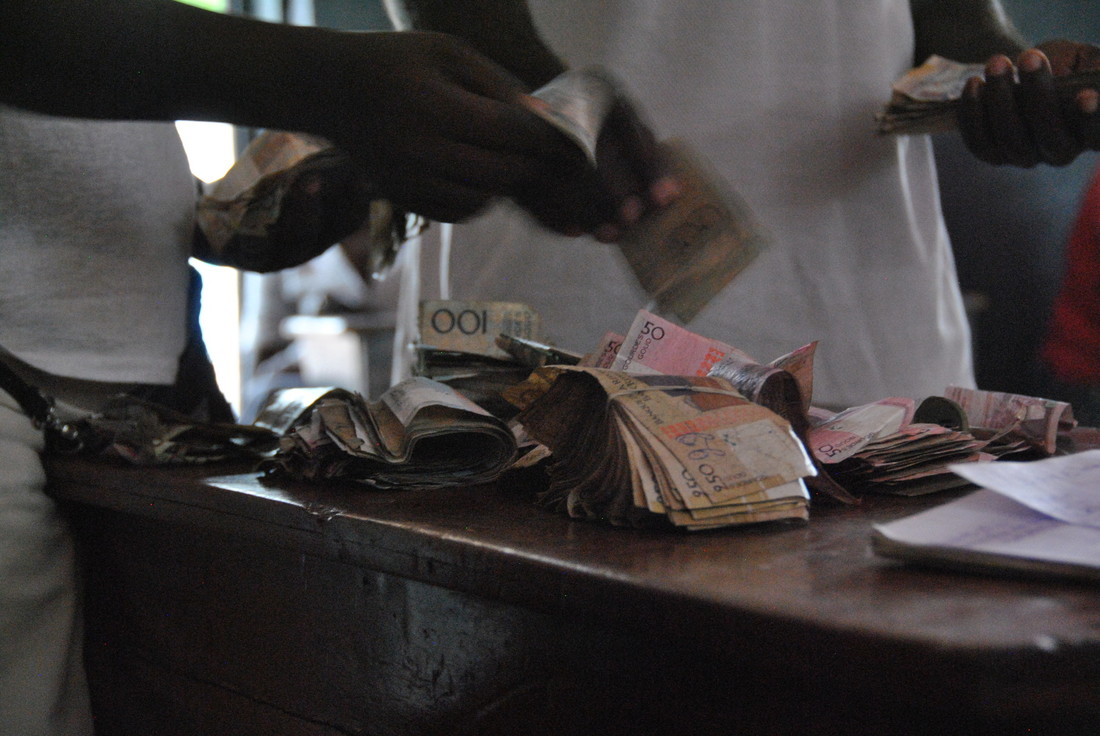 During the first month of existence of “Espwa Lakay”, the members voted Rolette as their president because of her serenity and pragmatism, and also because she is a model entrepreneur who has shown that during hard times, you can find inside you the strength to rebuild and look confidently at the future. “Every time I think about this election day, I am still overwhelmed to see how women and men who are older than me trust me with something as important as their money, their savings, their hope”, explains Rolette. At 34, Rolette is a very mature woman who is providing for two (2) younger relatives but she feels like “in this new role, I am call to push my boundaries and become a better me, a stronger version of me that the others can look at and follow”.

During the 14 months this economic empowerment and resilience project lasted, a great focus was definitely given in building back the group members’ confidence, reason why many trainings were organized on financial management, entrepreneurship, business management, and support was given to each member to draft a business plan for a potential business or to reinforce an existing one –the best business plans even received a grant. Within “Espwa Lakay” the thirty (30) members rediscovered the meaning of trust and solidarity, and became more and more excited as their saving fund was growing thanks to their regular purchase of shares.

As the fading burning rays of the sun announce the end of a hard day, Rolette is entering the same center she was evicted from without hard feelings. Today, she is here as the president of “Espwa Lakay”. She is here to prepare the official sharing day all the members have been waiting for. The past is behind and her hardship had only made her stronger. “I just can’t believe it has already been a year” she whispers. Under Rolette’s leadership, “Espwa Lakay” saved 111 300 gourds through the year, made 25 424 gourds as revenues on the small loans granted to the members, and gained an added value of 22% on each share. Rolette is smiling but other women in the group cannot contain their joy. “We are going to throw a massive party” one says, while others are congratulating each other. “During this experience with the VSLA methodology, I have learned to value small things. Imagine how much money we were throwing away each on our side and see what we have achieved together, little by little…” says Rolette who’s already looking forward to the second year of operations of Espwa Lakay. 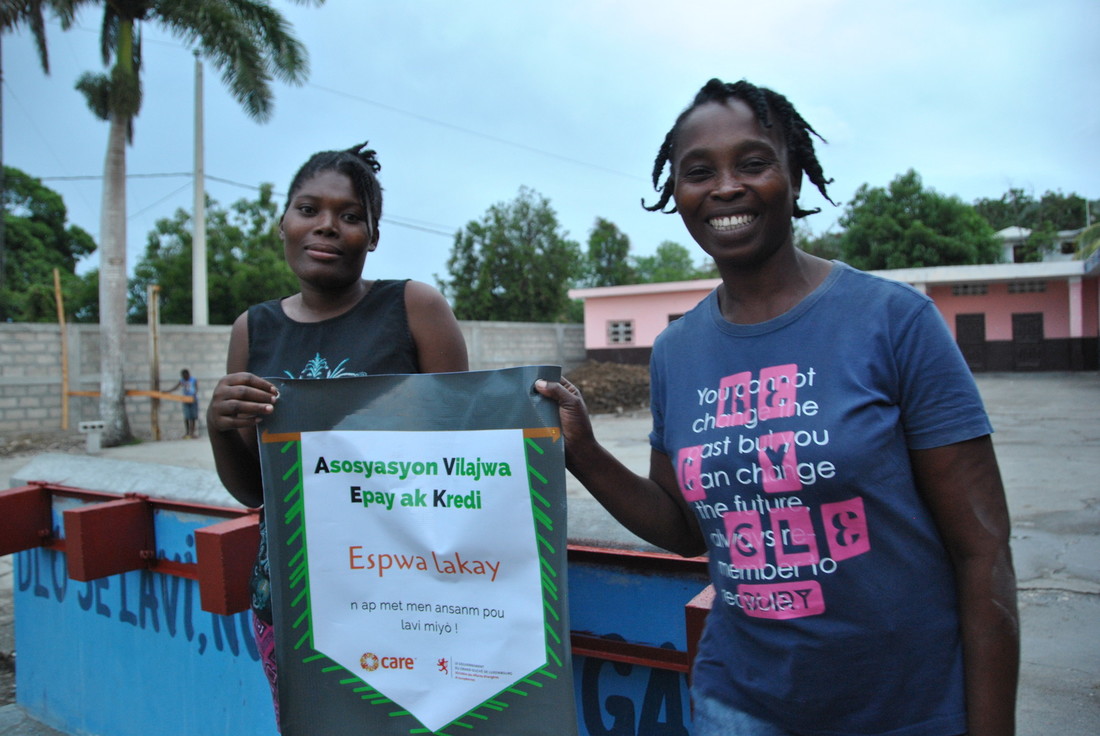 In response to the Hurricane Matthew on the very precarious neighborhood of Ste-Hélène, this project created 15 Village Savings and Loan Association (VSLA), graduated 15 Village Agents to continuously support and create VSLAs in the city of Jérémie, and provided 90 grants to VLSA members with interesting business ideas and plans.

To read more about CARE's work in Haiti, click here.