“I was not even 16 when I was married. Then I became pregnant frequently. I faced many health complications. I learnt later that all this was the result of early marriage and that my body was not mature enough to give birth at young age. I wish I had known about all these things earlier but unfortunately it is impossible to change time. But now I have decided that I will not let others to suffer like me. I have been raising my voice against child marriage.” 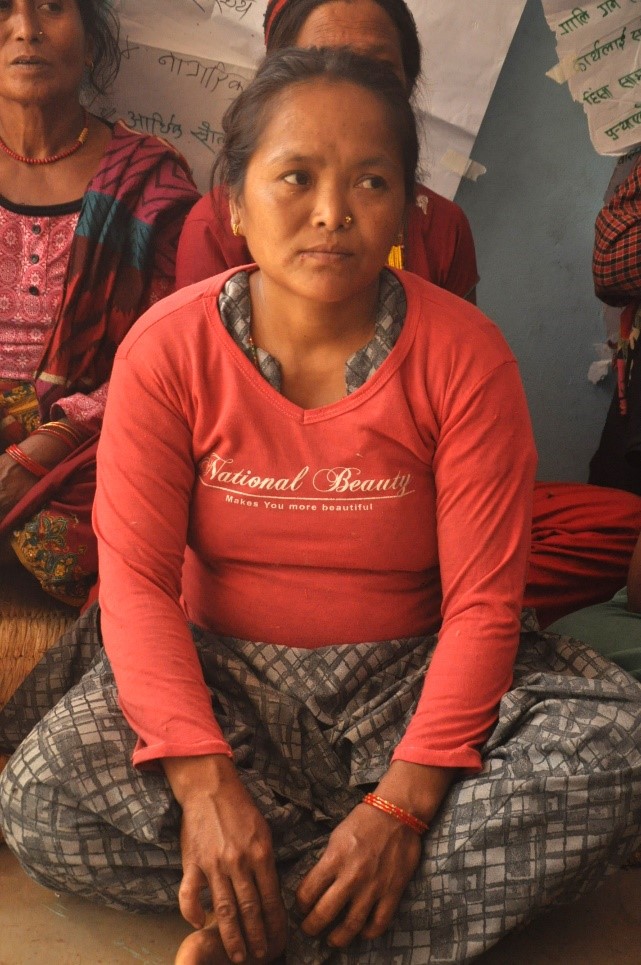 ​
Anita BK participating in a discussion in the CAC

The determination and hope of Anita BK made her Vice-President among other 28 members in Citizen Awareness Center. She was elected in this position as a result of her dedication and passion towards her work. She raises her voice against child marriage, dowry system, witchcraft allegations and all forms of violence and discriminations against women, girls and children. She also encourages others to speak against taboos that exist about menstruation and has been dedicates to raise awareness about uterus complications that most women face.  Because of the advocacy led by Anita and others members of her CAC, child marriage in this Dalit community (where such marriage was rampant in the past) has almost become a history. Every household sends their daughters to school. The concern about health, hygiene and cleanliness has significantly increased after knowing the problems that can happen from poor hygiene maintenance.

As a result of the serious discussions in the CAC, many people have started to express their feelings and determination to boycott the ill practices and traditions that harm the peace and discriminate women in the society. “My daughter is in grade 12. I will not give any dowry in her marriage,” says Paku BK. “My second daughter is in grade 10. I will not marry her off until she is in her right age for it,” says Binda BK. There are many people like them in the CAC who have started advocating for their rights. 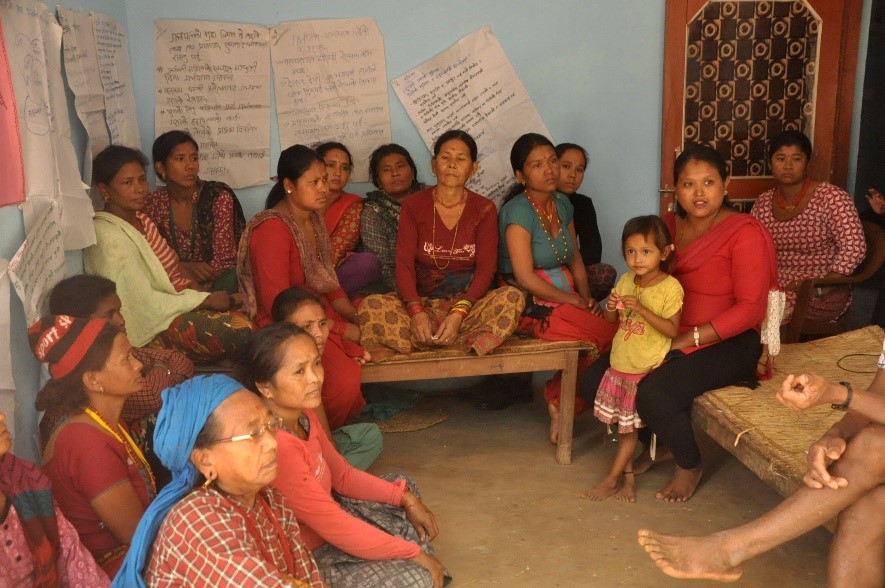 Women participating in one of the CAC discussions

Women like Anita led an awareness rally. “We raised our voices about the legal provision and laws and will make sure to imply those laws for those who will commit gender discrimination in the name of social norms, beliefs and other entertainment reasons. They also requested the shopkeepers not to sell alcoholic beverage any time they wanted to,” Anita explained.  The change can be seen in the village. “Back in  time, women used to be busy with the household works when their husbands were outside of the house but now husbands do the household works when we women are out for work and programs like these,” said Paku BK.  Women themselves have started claiming their rights and taking lead if any violence occurs in the family. The deep rooted male domination and discrimination has ended in this village.

Anita manages the finance of her house as well. She manages the money earned by herself and her husband who works as a mason. “Most men are away from home for work most of the times, so the children ask for money from their mothers. This is why we keep the money with us,” said Anita. This is how the perspectives of people about her have changed. Anita had contested the local polls as a ward member as well but she could not make it. But this added to her confidence.

Anita had a drastic change from a woman busy in household chores to self-motivated and leading woman in the society. “Actually, we were not aware and less informed in the past. We were not so concerned about such issues in the past. But when the organization provided training of mediator to our citizen awareness center, it made us aware about gender based violence. It gave us confidence and self-realization that we should speak for ourselves. I am grateful to the training which has helped me changed positively,” Anita explained.

For more of our work in Nepal, click here.