Hurricane Matthew: Voices of the Survivors 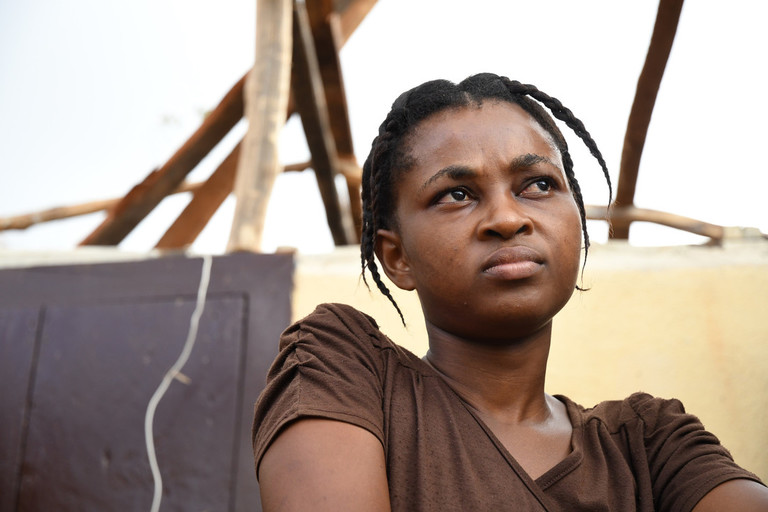 Florkensia:  Florkensia and her husband were hunkered down in their home during Hurricane Matthew when the roof blew right off their house. In the midst of the powerful storm, they ran to the pastor’s concrete house nearby for refuge. Florkensia was terrified as “I watched my house be destroyed before my eyes. All the roofs were flying around the night sky like birds.” 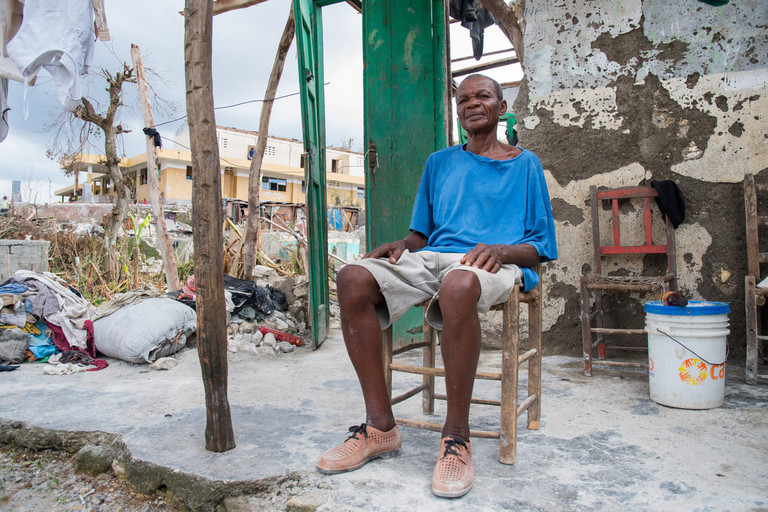 Ylvens:  “This is the first time as an old man that I’ve experienced a storm like this. During the storm, our entire house was shaking from the wind and the roof blew off,” said 67-year-old Ylvens. He grabbed his wife and their six children and fought through the storm as debris was flying everywhere. His family’s lives were spared, but he lost everything. “I have no garden, no money and no home. We feel like we are just waiting for God to help us,” he said. 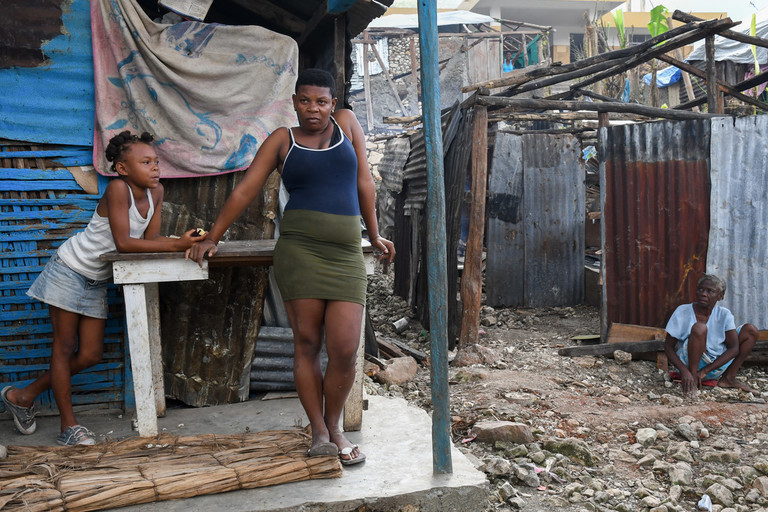 Nadige:  Nadige was sleeping when all of a sudden the roof was torn from her house, and startled her awake. As her daughter, Betina, cried and hid under the bed, Nadige consoled her saying, “everything will be ok.” But to herself, Nadige thought they were going to die and prayed, “God, my life is in your hands.” 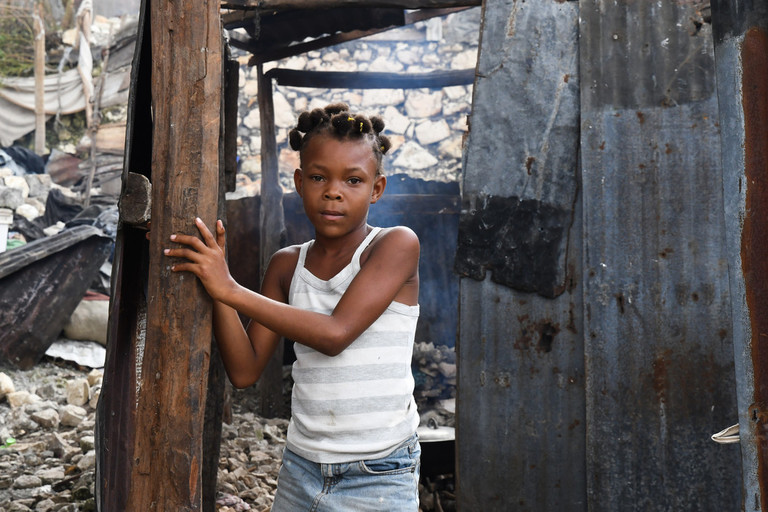 Betina:  After the storm blew the roof off their house, 10-year-old Betina cried and hid under the bed for protection. Her biggest fear was that a large cell phone tower outside would blow over and fall on their home. 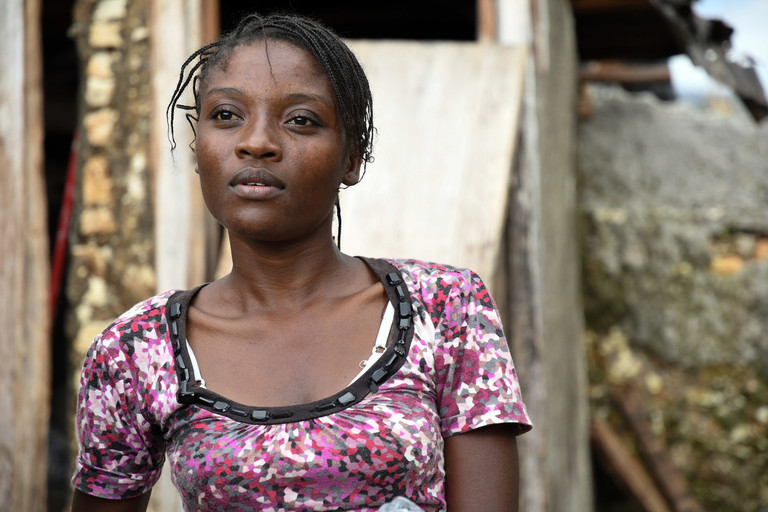 Pierre Louis: Pierre Louis received warning messages about the approaching Hurricane Matthew, but never believed the storm could be very dangerous. On Tuesday at 4am, the rain started pounding and the wind was howling, so everyone in her family gathered in one room of the house. Then everything blew out from under them, and they all ran to find protection. “I wasn’t scared. Instead I tried to calm my family members who were terrified,” said Pierre Louis. “The day after the storm there was no dry place to lie our heads.” 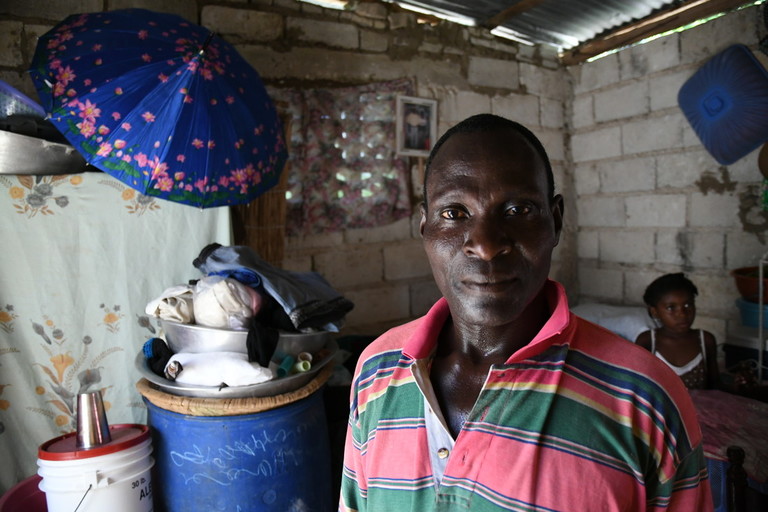 Jean-Marcelin: During the storm, he could hear bananas, mangos and other debris flying onto his roof. The wind was so powerful, the roof and his house shook violently. “I watched my pigs, goats and all my livestock get swept away by the storm. I wanted to rescue them but it was too dangerous.” Now that the storm is over, Jean-Marcelin says, “I feel lost. I have to somehow start over but I’ve lost everything. All my plantain crops and livestock. It will take years to rebuild what I lost. I may not even be able to afford to send my children back to school.” 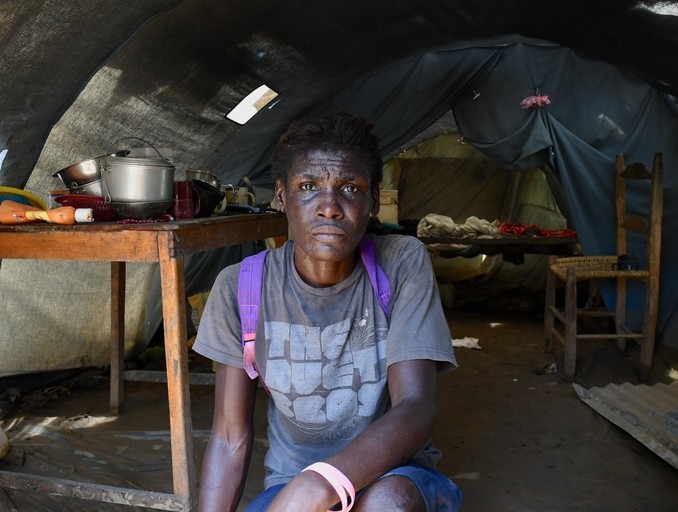 Charitez:  Charitez, a young widow, was cooking dinner for her children when the wind and rain started. Her neighbor alerted them to evacuate, so she and her three children crossed a nearby river whose waters were rising rapidly. Two days after the storm, she returned to find her house destroyed. “My family and I are staying in our old tent from the earthquake, because our house is gone,” said Charitez. “I tried to sell a chicken in the market, but people are out of money. We need food and water.” They are currently drinking water from the river, which is contaminated source. New cholera cases have skyrocketed since the hurricane contaminated the drinking water. 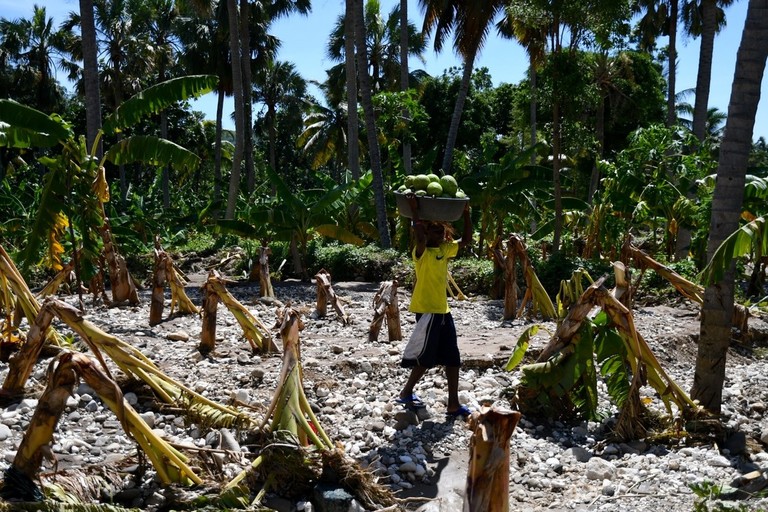 Cleta:  “The hurricane hit at the worst possible time. I had just invested in planting my plantains, and now all of my plantain crops are gone,” said Cleta, a widow and mother of six children. She and her children were at home during the hurricane when water started rushing into the house, so they ran to a neighbor’s house nearby that was on higher ground. “By the time we realized how bad the storm was it was too late to evacuate. We felt trapped. I stayed up all night watching the water rise and praying we would make it through alive.”