3 Months after the Beirut Blast 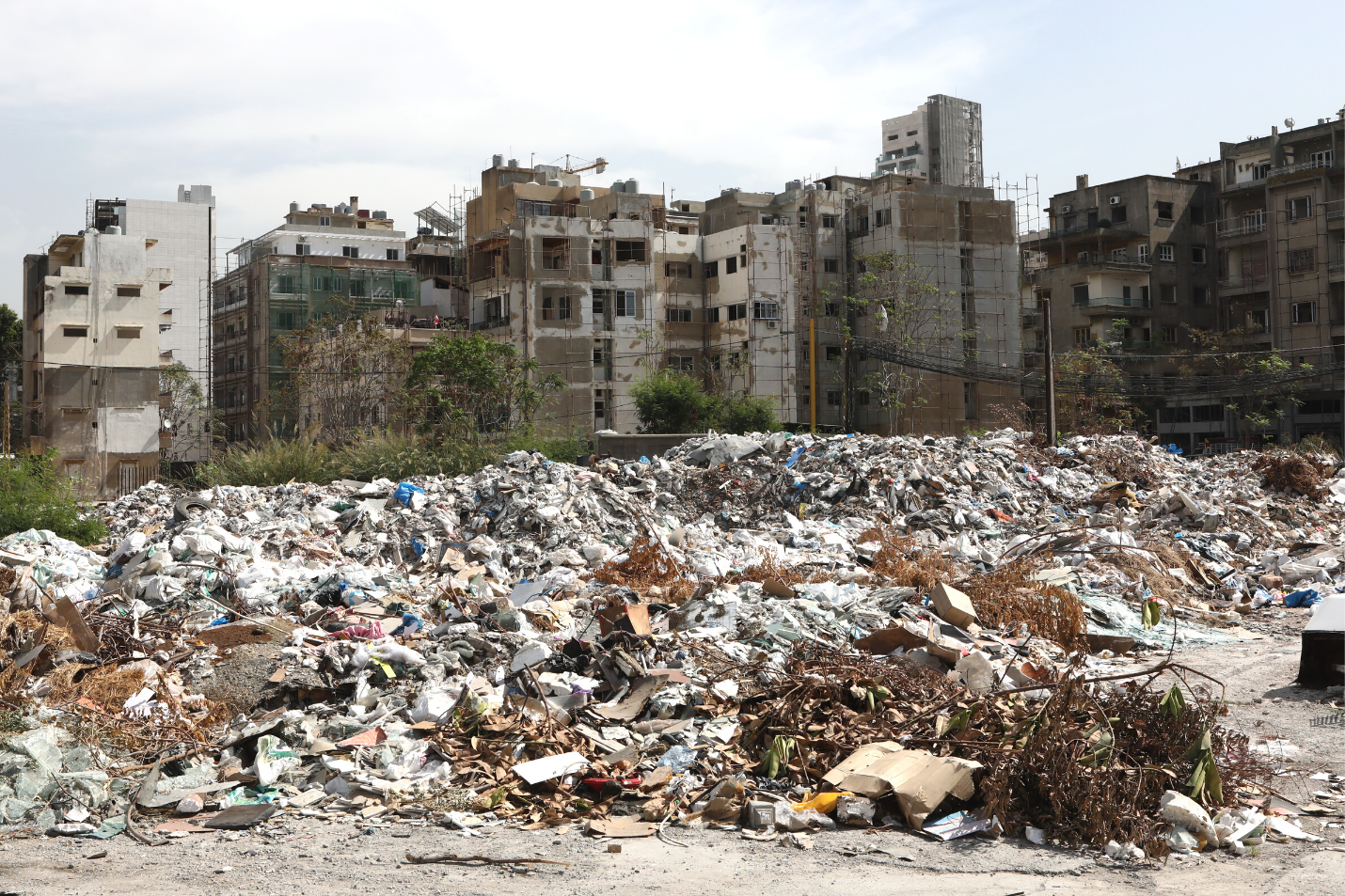 Jeanine Njeim, in her mid-forties, lives with her mother Julie, 61, and her father Jean, 78, on the second floor of a Mar Mikhael building facing the Beirut harbor. 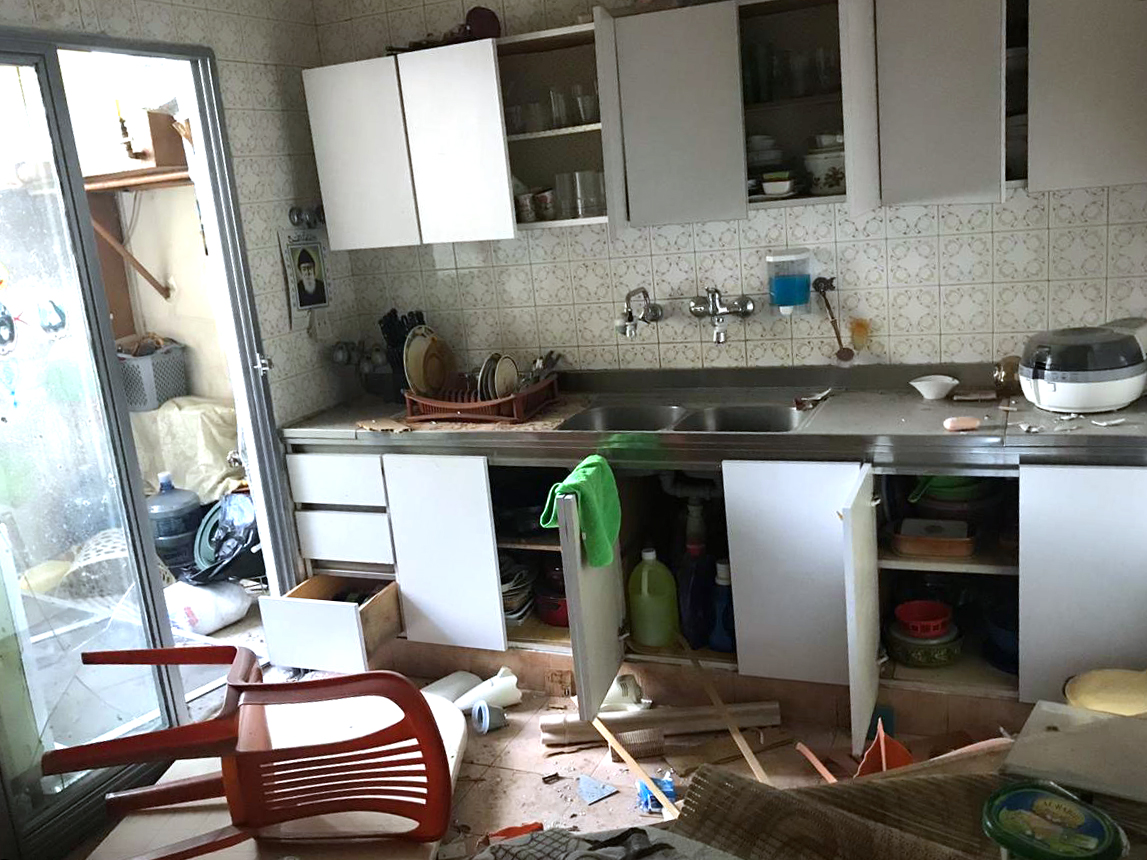 Photos of Jeanine's house in Beirut.

In the neighborhood, there were hundreds of victims between dead and injured. If only we counted the modern building facing her apartment, the Skyline, one of Beirut's new architectural landmarks, seven people were killed. Today, just like the white silo building, it looks like a wreck facing the port of the Lebanese capital.

Jeanine’s mother and father were injured. And so far, they are undergoing the heavy consequences. Jean, who has a hair salon in the neighborhood, would need several months to regain the use of his right hand in which tendons were severed by shards of glass. Julie suffered broken glass on her back and her various wounds required more than 200 stitches. Jeanine knows that her parents, just like she did, survived the Beirut double explosion by miracle.

“I had just come out of work and walked home. At the time of the first explosion, my mother was on the balcony. I saw her and started screaming to tell her to go in and I started running towards the house. I was on the stairs when the second explosion occurred. I got dust and broken glass in my hair. Upon reaching the floor of my apartment, I saw that our front door was blown away by the blast. There was nothing left of the house. I stepped over the wreckage to help my mother. She was all bleeding in the living room. I don't know where I got the strength to carry her two floors down the stairs. Once I got to the street, I collapsed,” says Jeanine. 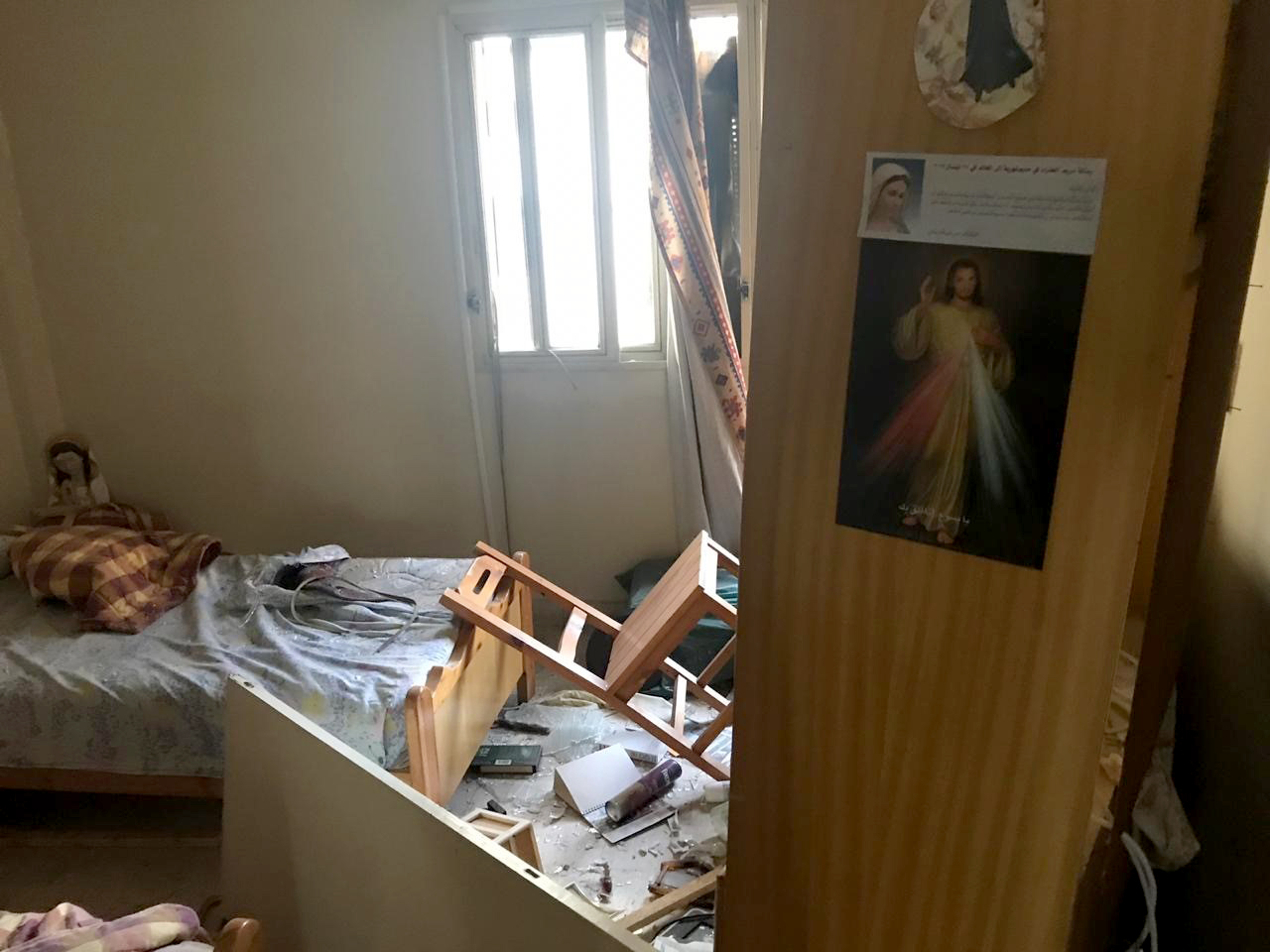 The family lived away from the apartment for more than a month. Jeanine paid her parents a hotel room in the suburbs of Beirut.

“As the apartment doors were shattered, there were a lot of looting in the first few days after the explosion. The little furniture we had left was stolen. Immediately, I began searching for associations who could help us rebuild. The NGO Nusaned was the only one to call me back,” she said.

Nusaned is a local NGO, partner of CARE in a project to rehabilitate homes and businesses devastated by the double Beirut blast.

“They are pros. They brought in an excellent contractor straight away; he renovated everything: the glass windows, the doors, the kitchen and the bathroom. Everything! He didn’t miss any detail. In just over a month, we were able to move back into the house and we are the only ones in the building who were able to do so,” she adds.

Residents, who do not have access to their bank accounts due to the financial crisis in Lebanon, are still waiting for NGOs to have the restoration work done. For a year, Lebanon has been facing the worst economic crisis in its modern history. The national currency fell against the US dollar from 1,500 liras to the dollar, in a matter of months, to 8,000. 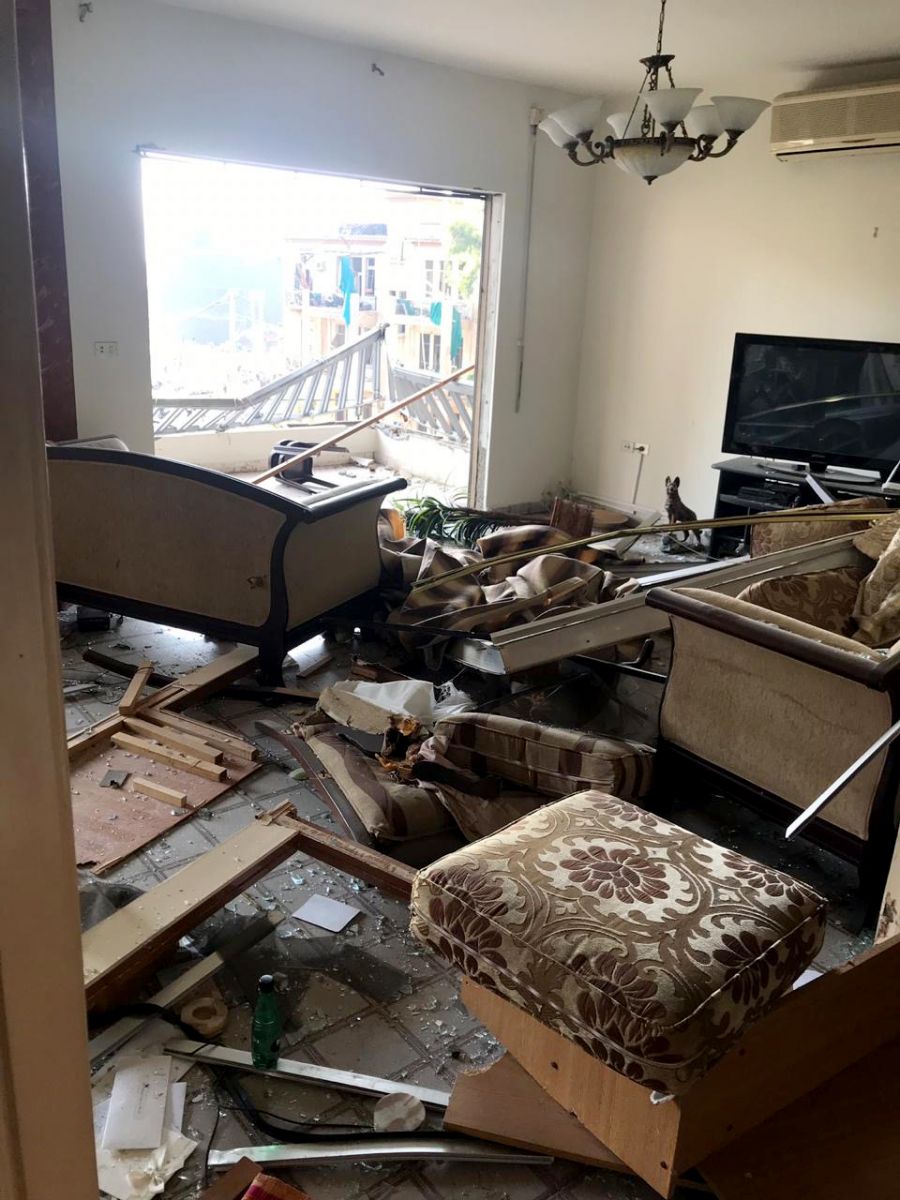 If they don’t benefit from the support of NGOs, many of the 300 000 displaced will not return to their homes; they sadly cannot afford to rebuild their homes or buy back furniture. Three months after the explosion, the affected neighborhoods, which were full of people before August 4, 2020, have become ghost zones.

“Even though the neighborhood is still empty and is indeed a disaster area, the most important thing for me is to be back home. It was painful to stay at the hotel. And then when I'm outside Beirut, I'm like a fish out of water. This is where I grew up and this is where I belong," notes Julie, the mother, who admits that she is still very tired psychologically due to what she went through.

In one of the rooms of the house, plastic bags are piled up. “This is our stuff. Volunteers helped us clean up and they put everything in here. There is still broken glass and dust in them. I hope I will have the courage and the strength to sort them out soon,” she says.

But no matter what she does, the sixty-one-year-old knows her life has turned upside down and that nothing will ever be the same again.

CARE International in Lebanon is working through its projects to support the most vulnerable with food distribution, economic support, house rehabilitation.