One Year After Beirut Explosion and Lebanon Faces Economic Implosion 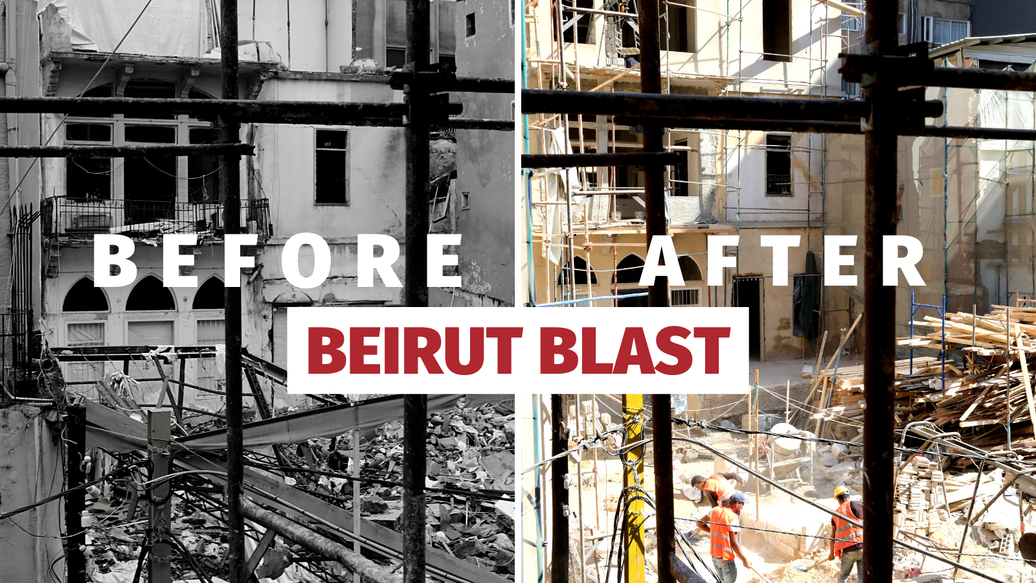 Beirut, July 28, 2021- One year after the Beirut blast, Lebanon continues to sink into poverty and its capital has still not been fully rebuilt despite support provided by the international community. Supermarket shelves across the country are empty, and where groceries are available, the cost of food has soared by 700% over the past two years, and 50% in less than a month.

44-year-old Adriné Zakararian, a CARE program participant from Beirut, notes: “We are living with so little. Many products have disappeared from our diet, such as chicken, meat, vegetables and fruits. It’s no shame in saying that we’re missing out on a lot. The shame would be to steal [as a result].”

Bujar Hoxha, CARE Lebanon Country Director says, "Twelve months after the Beirut explosion, we still see every day the scars it has left on the city and the Lebanese people. It is as if the explosion happened only yesterday. Although Beirut has been through many hardships in the past, August 4th, 2020, was the most devastating disaster the city has ever had to endure. For many Lebanese it has been a year-long nightmare. When we look back on that afternoon, we are not only commemorating the victims and the injured, but all Lebanese citizens who are still healing from the devastating psychosocial effects it had on them."

The 2020 explosion killed 214 people, injured more than 6,500 and displaced about 300,000 people from their homes. While exact figures are not available, only 30 percent of the people in the devastated area have returned to their homes, either because the necessary work was not done to allow them to safely return, or because they remain too traumatized by the experience to go back.

Hoxha says: "We see that substantial progress has been made by all in repairing structural damage, particularly in basic housing. However, significant gaps remain in many service and supply areas. Today, the average Lebanese citizen is concerned about numerous shortages of food, medicine, electricity and many other vital areas. Girls are worried about whether they will be able to enroll in school again next year. In addition to shortages of supplies and goods, many specialists and experts have also fled the country, causing a new 'brain drain’ from the struggling country.”

Immediately following the blast, the government estimated that the economic losses and damages were in the tens of billions of US dollars, with the World Bank suggesting billions would be needed to help Beirut recover and rebuild. CARE Lebanon launched a fundraising appeal of US$15 million over 3 years of which only US$7 million has been funded thus far, and much more is needed to address both short-term needs, and the long-term rebuilding required.

Hoxha says; "International assistance remains the only option to overcome the humanitarian chaos that the country has been slowly sinking into since late 2019. The international community has shown empathy and compassion in difficult times. Today, it still remains the only viable option to address the acute needs that the vast majority of the population face in terms of food, protection and shelter.”

A study published on 21 July 2021 by the Crisis Monitor at the American University of Beirut on the economic situation in Lebanon, monitoring the high cost of living on a daily basis, shows that Lebanese families are currently spending five times their minimum wage just in order to feed themselves. Since Autumn 2019, the Lebanese Lira has lost more than 120% of its value against the dollar on the black market, destroying purchasing power and pushing prices to unprecedented heights.

Short of foreign currency, the country is struggling to import enough fuel to run its power plants and electricity grid, causing power rationing of up to 23 hours a day, with more and more people forced to rely on international aid to survive.

“We strongly urge international donors gathering at the Lebanon Conference, planned for the 4th of August 2021, to show their support to the Lebanese people, in particular women and girls. It is a dramatic time for Lebanon, and it is crucial that the international community steps up to directly support low-income families - who constitute over 50% of the population - with solid humanitarian and development programs. Lebanon is facing an exodus of skilled workers, with many doctors, teachers and economists fleeing the country. This migration could prove to be fatal for many people in country, so it is important that we try and preserve the last glimpses of hope that the Lebanese people have,” notes Hoxha.

CARE International's contribution to Lebanon has more than quintupled over the past year, both in terms of budget and projects. As of July 2021, CARE International had reached 56,556 people.